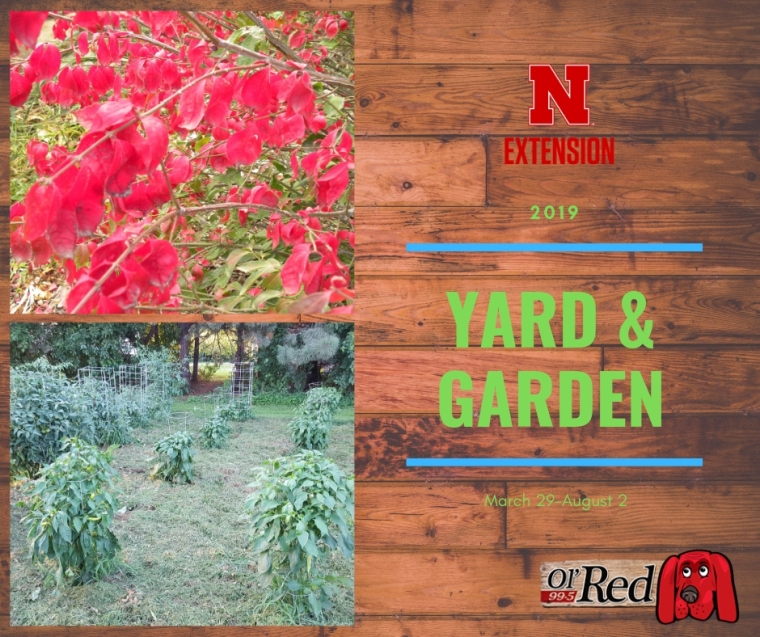 This is the Q&A for the Yard and Garden show for May 24, 2019. Yard and Garden Live is a call-in radio show I do on KUTT 99.5 FM from 10-11:30 am and it will run through August 2, 2019. It can also be found on kutt995.com for online listening. If you missed a show or just want to read through the questions, I have written them all in my blog and will continue to do so throughout the season.

1. The first caller of the show has what he suspects is foxtail in his lawn. He has used pre-emergent crabgrass control and it has not helped. How can he control it? He is also having trouble with zoysia grass on the east side of his house where this foxtail is growing. What can he do to improve zoysia?

A. If this is foxtail, crabgrass pre-emergent herbicides should work on it. I would assume that it may be something else if that didn’t work. This could be little barley, which is a winter annual weed that would be seeding now while the foxtail would not be yet. Little barley is often confused with foxtail, especially this time of the year. For more information on little barley, visit this article on Little Barley from Turf.unl.edu

As for the zoysia grass not growing, there could be a lot of issues with this. If it is on the East side of the house, it may not be enough sunlight for zoysia. Since this is a warm season grass, it is very crucial that the grass gets enough light and it is warm enough for best growth. Also, fertilization schedules would be quite different from cool season turf. Zoysia grass should only be fertilized in the summer months. Warm season grasses really only need up to 2 fertilizer applications per year, if any. Fertilize in later May-June and again in July-August. If fertilizing in the spring and fall, this can harm the zoysia grass.

2. A caller wants to plant either a peach tree or a cherry tree. Which will be better and do either of them get cedar-apple rust?

A. Neither peaches nor cherries will get cedar-apple rust. If you are planning on planting just one, for the growing conditions in southeast Nebraska, you would have more luck with a cherry tree. Peaches are not long lived in Nebraska due to our weather conditions. According to John Porter, Nebraska Extension Educator, “Peaches often have cracking due to rapid freezing and thawing. It can be pretty severe when the fluctuations are large and often. This leads to the gummosis and also damage/death of branches.  Its one of the reasons peaches aren’t well suited for Nebraska.” If cherry trees are chosen, tart cherries are best. Bing and other sweet cherry types will not grow in Nebraska.

3. This caller wants to know when he can plant his asparagus?

A. Asparagus is typically planted in the early spring with other spring crops such as broccoli and carrots. However, with the weather as cool as it has been, it would still be fine to plant it this year. Get it in the ground soon and make sure that the soil remains evenly moist in the hot, dry part of the summer.

4. A caller has an established wind break but mowing now is difficult. Can he prune the branches up so he can mow under the tree without damaging it?

A. Trimming dead branches around the bottom of the tree would be fine, don’t go too high or it will not be as effective as a windbreak. If the branches are still alive and full with needles all the way to the ground, it wouldn’t need to be mowed because the turf will die under that condition.

This caller also wondered about using a granule on the ground around trees to control bagworms?

A. The granule chemical controls he is referring to would be those containing imidacloprid. Bagworms are not a listed ‘pest controlled’ on the imidacloprid label so it is not a legal practice to use it on them. It is best to stick with chemicals such as Bt or Tempo for control of bagworms. Spray them when the bags are up to 1/2 inch in length for best control. I would assume that will be a little later this year due to the cooler spring.

5. What are the benefits of letting asparagus seed out?

A. Asparagus is a perennial crop that needs to have the season of growth to build a bigger, stronger plant. All of our plants need time to grow and build sugars for root expansion. Since we cut off all the asparagus through the beginning of the season, we need to allow them to grow through the rest of the summer.

6. Is it too late to plant strawberries or summer bulbs?

A. It is best to plant strawberries in the early spring. They could still be planted yet this year, but some varieties may not produce this year. Planting this late would cause problems getting the plants established, so be sure to mulch them and water them frequently until they are established. June bearing varieties would be past the bloom time and would not produce this year, but you could plant them to get them established so you can have a harvest next year. If planting everbearing this late, they may still produce later this summer. It would be best to cut off early season flowers that may develop to allow the plants to become more established before harvesting later in the summer after the plants are more established. Summer bulbs are best planted after the chance of frost for the year has passed. You would be past that now and still be in good time to get the bulbs into the ground. It will be later before they start to bloom, though. 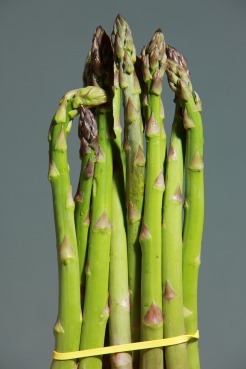 7. A caller wanted to know what type of manure would be best for asparagus fertilization?

A. Cow, chicken, or pig are good manure options for the vegetable garden, asparagus included. Fresh manure should be applied in the fall to allow time for the bacteria in it to break down before harvesting. For food safety guidelines, fresh manure needs to be applied 120 days prior to harvest, which means the fall in Nebraska. If it is composted manure, it would be fine in the spring.

8. This caller has apple trees. Last year the apples turned moldy while they were still on the tree. What would cause this?

A. There are a lot of different types of diseases that can lead to moldy apples. It could be from apple scab, sooty mold, powdery mildew, or black rot. Using an orchard fruit tree spray through the season would help reduce these diseases. Also, be sure to clean up infected fruits and leaves at the end of the season to reduce the incidence of disease from one year to the next.

9. A caller wants to transplant some foot-tall cedars from his pasture. Is it too late or can this still be done now?

A. It is getting quite late in the year to transplant trees. The concern is for when the shift from spring-like weather to summer hot, dry weather will occur. Typically June starts getting very hot and dry and a newly transplanted tree would not have any root system to get water if it gets dry. It might be better now to wait until fall, September or October. If the trees will be moved to a location where they will be watered adequately, it would be ok, but for best results now, it would be advised to wait until cooler temperatures return in the fall.

10. This caller has a lawn that is thin and weeds are starting to take over. When should he reseed this lawn? Would it be better to just kill it all off and start from scratch?

A. At this point in the year, it would be best to wait until the fall to overseed or reseed lawns. The turf will come up but it will likely get too hot and dry for it this summer, which will be here before we know it. It would be best to just overseed and thicken up the grass that is already established rather than kill it all off and start over. Starting from scratch takes a lot of time and it can be quite difficult. It would be easier to already have something covering the ground while you overseed to keep the weeds down. If weeds are a problem, you can use a mesotrione product, often found in Tenacity, at seeding this fall to kill the weeds when you overseed.

11. A caller wants to know if you can prune a magnolia now to reduce growth? Also, can the suckers around the base of the tree be removed now?

A. Yes, the magnolia hasn’t produced flower buds for next year yet, so it would be fine. Suckers can be removed anytime through the season. Suckers are growth that takes energy from the tree and have no real purpose so it would be best to remove those as they grow before they get too big.

12. Can a bee house still be hung outside yet this spring or is it too late to get much activity?

A. Yes, you would still be fine. These solitary bees are still out moving around. For next year, it would be better to have it out in April. For information on building your own solitary bee hotel, visit this NebGuide

13. The last caller of the day has apricot trees that are just for wildlife consumption. These fruits have not yet fully developed but many of them fell to the ground in storms recently. Her dog is now eating those fruits that have fallen. Is that toxic for dogs to eat them?

A. After discussion with a local veterinarian, the pit is the part of the apricot or peach that would be toxic to the dogs. If these are immature apricots, the pit would not be developed and it shouldn’t harm the dogs. That being said, it might be best to clean up these dropped fruits to be safest.