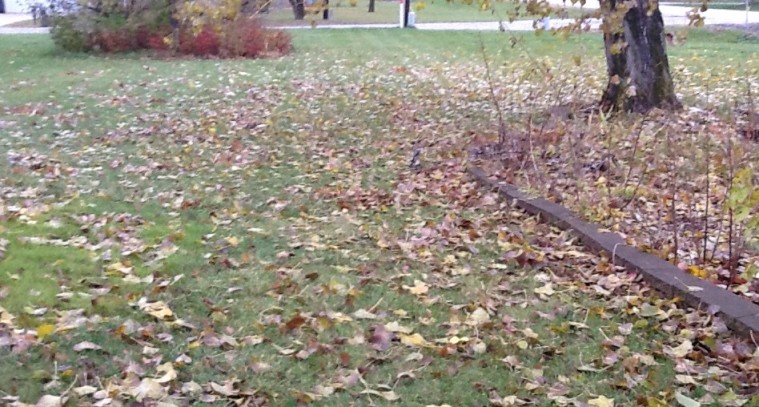 It’s fall now, so we are seeing all of the leaves fall to the ground off of our deciduous trees.  However, be alert as some of these leaves may be a portion of your branch that was removed from the tree by an insect.  Fall is the time of the year when we tend to see the damage from twig girdler and twig pruner insect.  I found the damage from twig girdler in in my yard when I went to look closer at all of the leaves on the ground around my cottonwood trees.  Many of the leaves I found were actually branches that looked like they had been pruned off my tree.

Twig girdler and twig pruners are two insects that tend to do similar types of damage to the tree.  Most of the time they work through “pruning” the tree during the late summer, but the damage isn’t seen until the fall when the branches fall out of the tree due to wind. 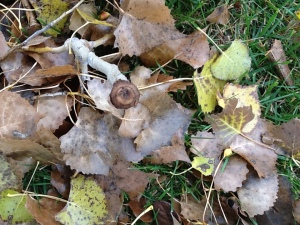 Twig girdler is a cerambycid beetle, or longhorned beetle.  This insect will chew a v-shaped groove in a circle all the way around the twig, girdling it.  Often times, the center of the twig will be jagged while the outer edge is smooth.  These will feed from August through October allowing the branches to fall over that time or shortly after due to wind.  After creating the groove in the wood, the female will lay an egg in the portion of the branch that eventually falls to the ground.  The larvae cannot feed on healthy wood, so it is able to feed on the dead branch after it falls to the ground.  These larvae will then overwinter in the dead branch on the ground.  In the spring they will pupate in that branch and develop into adults to start the process over again.

Twig pruner is another type of cerambycid beetle, or longhorned beetle.  The lifecycle of the twig pruner is very similar to that of the twig girdler; however they will usually chew on the small branches from the inside out.  Twig girdler insects will drill a small hole into the branches in the spring and then grow throughout the summer.  In the late summer, the full grown larvae will chew rings through the branch until they have made it through the whole branch, except for the bark layer.  The larvae then move into the portion of the branch that eventually falls to the ground or hangs in the tree, dead.  The pupae overwinter in the dead portion of the branch and emerge the next year to start the process over again.

The damage from twig girdler and twig pruner is not very damaging to the tree itself, but mainly looks unsightly for the homeowner, and makes for a large mess in yards that we have to clean up.  Control for both of these insects is very easy.  The best control method would be to pick up the fallen branches and destroy them by burning them prior to emergence of the insects in the spring.  Any broken branches should also be removed before the spring in case they are infested.  Chemicals are not usually necessary or recommended.